I Don't Know You 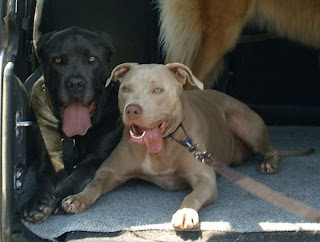 I was at the library last week when I witnessed an interesting exchange between two young children. A man was checking out books and set his toddler down. At the same moment, a mom came out of the children's section with her four-year-old daughter. The toddler's face lit up and she rushed over (as quickly as she could on her wobbly legs) with her arms out to give the girl a hug. When she was within arms length, the four-year-old thrust her arms out with her palms in a halting position and announced loudly, "I don't know you!" The mom stepped inbetween the two and ushered the toddler back to her confused father. He looked at the mom and said, "She just wanted to say hello." 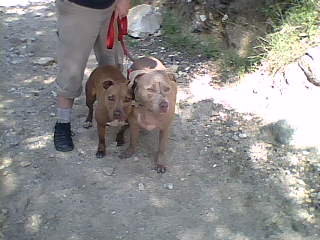 It hit me in that moment how my dog will sometimes do that on walks. If a dog races up to her face in a rude greeting, she will bark a rebuke. Her rebukes can sometimes be loud and over the top. It's her way of loudly announcing, "I don't know you!" The other dog owner is usually miffed. They look at my dog like she's in the wrong. Their response is the same as the toddler's father. "She/He just wanted to say hello." There is a difference between wanting to say hello and rushing straight up for a hug. Lily can be comfortable with a slow introduction. She likes to get to know the dog before they get up in her face. There's no need to jump straight into BFF lane. Not that she doesn't occasionally do just that - she bonded fast with Bubba and they've been best friends ever since. But with most dogs, she needs time to get to know them first. Once you're in, you're in. She'll tolerate all kinds of rude behavior from dogs that she knows without batting an eye. 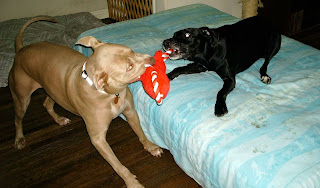 My husband used to worry that this made think she was a bad dog. The trainer told him it made her a normal dog and that it didn't matter what other people thought. Just like people, it's okay for dogs to set boundaries. We don't rush to greet every single person we pass on the street. In fact, on our daily walks, it's rare for people to say 'hello' to me as they pass. Why would our dogs need to say 'hi' to every dog that they pass? I think sometimes as dog owners, we expect too much of our dogs. They don't have to like every single dog that they meet and they don't have to greet every dog that they see on the street. It's okay for them to be as choosey with their friends as we are, if that is their personality.

What about your dog - do they like to say hello to every single dog they see? Or do they like to take it slow and get to know the other dog first? Are they the toddler who rushes up for a hug or the four-year-old who announces "I don't know you!"?
Posted by Jennie Bailey at 9:58 AM No comments: